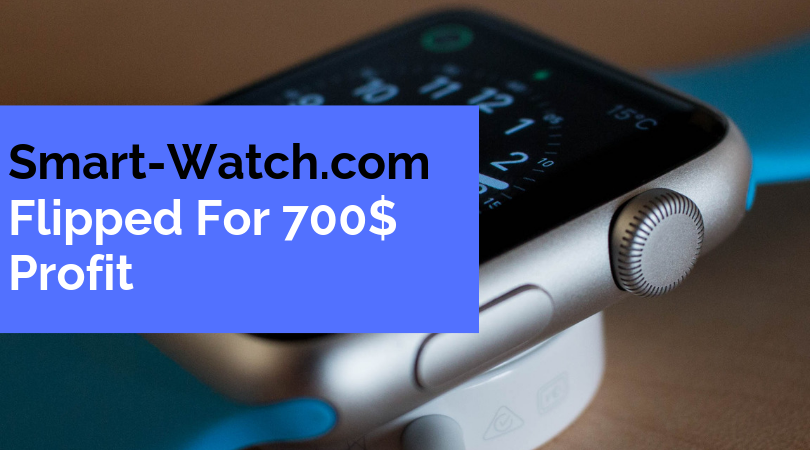 So I made a mistake while selling one of my domains last week. That’s the bad news. The good news is that I still made a 700 dollar profit. My domaining mistakes used to cost me a lot of money in the beginning, but at least now I’m making a profit from them.

The domain I sold was smart-watch.com. I bought it almost exactly a year ago on Godaddy auctions for 311$. I usually don’t deal too much in hyphenated domains, but this is one of the few really good ones I’ve found.

I also mostly deal in now, but at just over 300$, a specific product domain like this one still seemed like a good deal. From what I could find out, smart watches are also very popular in Germany, and Germany is as many domainers know they only country who likes and often prefers hyphens in their domains. Smart-watch.de had sold previously for 9.300$.

valuation tool was also showing a value over 7000$. these valuation tools should always be taken with a grain of salt if valuation tool is showing over 5000$, there’s often something to it. And in this it was safe to say it’s probably worth over 300$.

If we take a look at Google trends for the search term “smartwatch” we can also see that it has a huge spike from around November and Black Friday to the end of December. This is very positive for a domain that is an exact match for a product.

I compared “smartwatch” to “smartphone” but people don’t really search for “smartphone” anymore, but rather specific brands or models.

Selling A Domain Through Godaddy Push To Auction

Now let’s get on to my mistake. About two weeks ago I get a bid for the domain through Godaddy for 1017$. I tell myself that’s too low and decide to counter at 3500$. That would be a nice 10x of my initial investment. The bidder then bids 1018$ and I can already see where this is heading.

First I thought I would just forget about it, but I needed cash for another project I’m doing so I figured I’d try the push to auction feature on Godaddy. I had never tried it before and have not really had much success with Godaddy auctions. But I though maybe since they domain will already have a bid, it will lead to being noticed a bit more.

Also, the worst thing that could happen is that it sold for 1018$ and I would still be making about 3x what I paid for the domain. I was hoping though to get a few more bids in and at least get it to 1500-2000$.

Let’s take a look some other domains at auction right now with a similar valuation from Godaddy.

As you can see these haven’t gotten to over 1000$ yet, but there is still plenty of time left and most of the bids won’t come in until the last hour, so I think it’s safe to say that the prices for these will be higher. The interesting part though is the bids. Between 19 and 63 bids with 5-15 bidders. Now some of these domain are pretty good to that’s completly understandable.

But how is this relevant for my domain? Well because it didn’t get any more bidders than the one initial bid. It also didn’t even get many views.

Part of the reason for this is probaly the fact that Godaddy only shows their valuation on expiring domain auctions where they are taking the entire profit. If you are selling a domain on auction through Godaddy, they don’t show the value in the auction and so it doesn’t show up in searches on ExpiredDomains.net either.

The fact that this hasn’t been added as a feature yet in 2019 is quite astonishing as they’ve promised it for a while now.

If a buyer want to find out the Godaddy Valuation of a domain at auction on Godaddy that’s not an expired domain, the buyer has to go and search in the valuation tool.

Not many people do that, and it’s certainly a lot easier to just filter to show only domain with a high valuation. Trouble is that then they’re not seeing any of the domains that sellers have put up for auction. This is undoubtedly leave a lot of sellers feeling cheated, as something a simple as showing the valuation would bring a lot more eyes to the auction.

Now I’m not saying that the domain smart-watch.com would be guaranteed to sell for more than 1018$ had the valuation been visible on the auction, but it would bring a lot more viewers and potential bidders in.

At least I made a profit from my mistake. And I learned a lesson. Don’t push to auction until Godaddy has added an option to show value on your auctions. 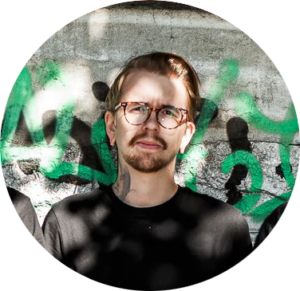 Hi, I’m Daniel. I’m a developer of websites, mostly in the gaming niche, and a domain investor. For more info about me and GoodSolid, check out the about me section.

My domain portfolio can be found at GoodSolidDomains.com